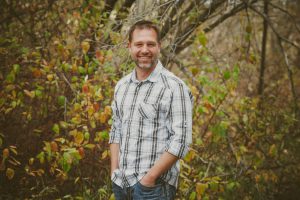 I consider Mr. Kenney’s actions in dealing with the Covid Pandemic thus far inept and ineffective.  And now his MLA’s decided to take vacations while they ordered us not to see our friends/families over Christmas.

Mr. Kenney initially refused to discipline these MLA’s saying it was his fault for not being clear, then he reversed his decision, then he stated he didn’t know about the MLA’s plans and initially he is no where to be found.

He was not clear; hmm, it seems that the vast majority of Albertan’s got the message!

When he reversed his decision, he called the MLA’s decisions an “extremely poor judgement”.  I can think of better descriptions, like calling them hypocrites OR that they believe they are better than us OR that they think rules only apply for some people but not them.

To say that he did not know what his MLA’s plans were either makes him inept or a liar.

Mr. Kenney’s ‘apology’, if you can call it that, was not enough and his solution to instill “more discipline” in his cabinet is ridiculous when everyone knows Mr. Kenney is the one in control.

I feel the MLA’s in question should have been booted out of the party to sit as independents and people in their ridings should be given the chance to use the pending recall legislation that the UCP government has promised but failed to deliver.

But there is something else to consider.

In 2019 the UCP party begged the public to believe that they learned from the past mistakes.

The UCP party insisted that they would cease the culture of entitlement that led the then Progressive Conservative party under Allison Redford to waste 10’s of millions of dollars, approve renovations like the ‘sky palace’, give untendered contracts, allow boards that didn’t actually meet, give patronage appointments etc.

When the PC’s lost the 2015 election some PC MLA’s stated, ‘now we have to spend our time in the penalty box’.  I wondered even then, did this statement really imply a commitment to genuine change or was the statement only meant imply a temporary loss of ‘play time’ that was imposed on them because they got caught.

Since being elected Mr. Kenney has used a ‘Trump style’ tactic to silence an investigation about his leadership campaign, the UCP party has once again given away millions of dollars away in contracts to their friends/family, the UCP party has hid how they spend our taxpayer dollars and they only ‘listen’ when their own party members start to revolt.

I wonder how many more people will die a needless death and/or how many more 10’s of millions of dollars will now be wasted?  It doesn’t look like the UCP party learned anything from their time in the ‘penalty box’!

As always, I would make these comments about any political party that makes these sorts of decisions.

Letter to the Editor, Authorized for release by author